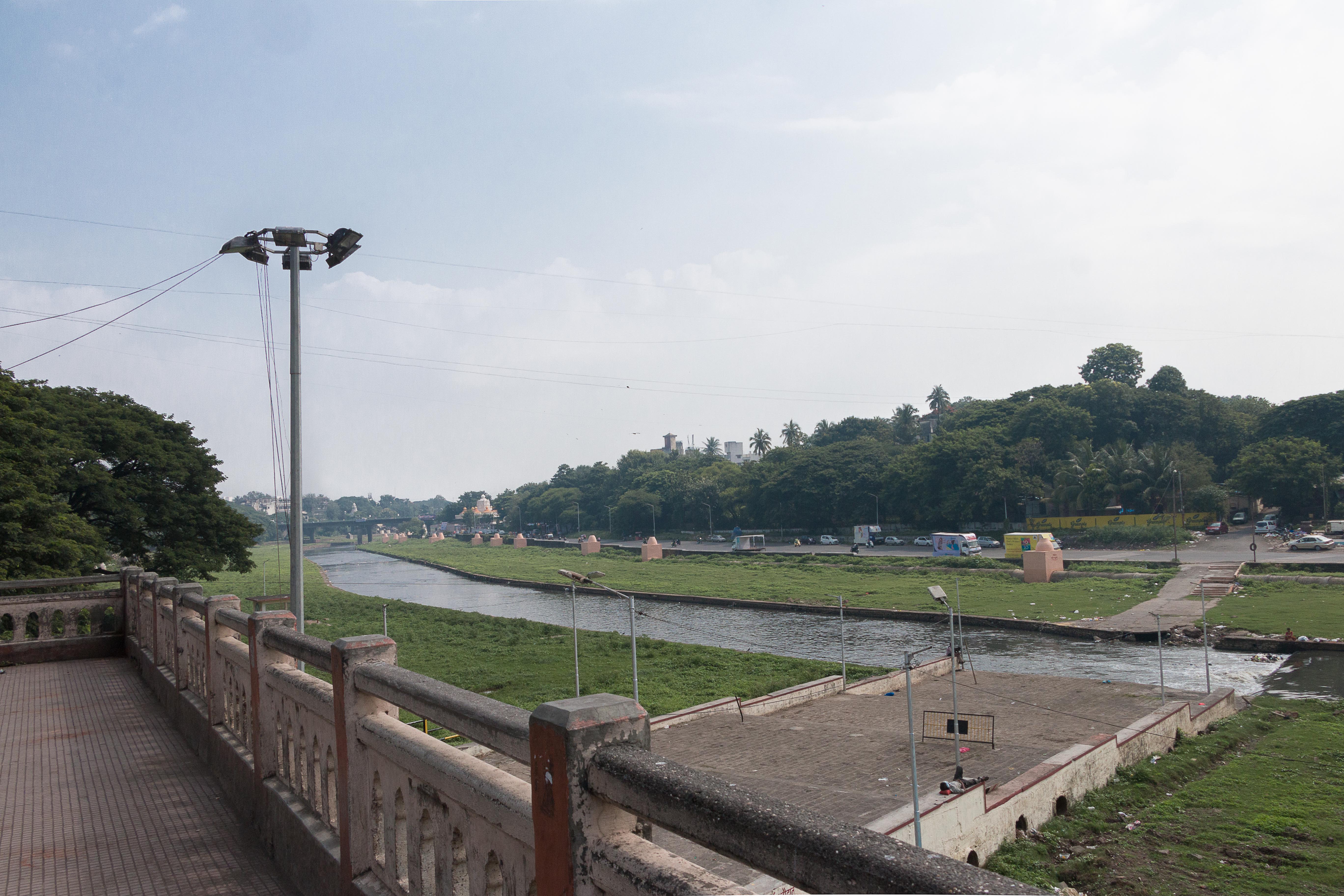 Perhaps the most famous bridge in Pune, the bridge does not run across a river at first, but parallel to the Mutha River that flows through Pune. At the elbow of the bridge, is a pedestrian area, where in the evenings, couples and groups of teenagers, college students, and 20-somethings, park their motorbikes and collect to talk. From this same corner of the bridge, steps also lead down to the river below and a ghat, a gradual stepway on the river banks that takes one to the river’s edge, and a place for the immersion of gods during religious festivals. Nicknamed Z-bridge because of its shape, it was officially named the Gadgil Bridge after the freedom-fighter, writer and scholar Narhar Vishnu Gadgil. Under the far-right of the bridge, a community of people live and conduct small trades beneath its shelter. Till last year, a traveling circus would set up on the river banks under the bridge.
The artists insert works amidst these associative identities and natural communities, intensifying the character of this location as an informal meeting place and a panoramic viewpoint over the two halves of the city: the old city of peths and across the river, the 19th-century development of the Deccan area.