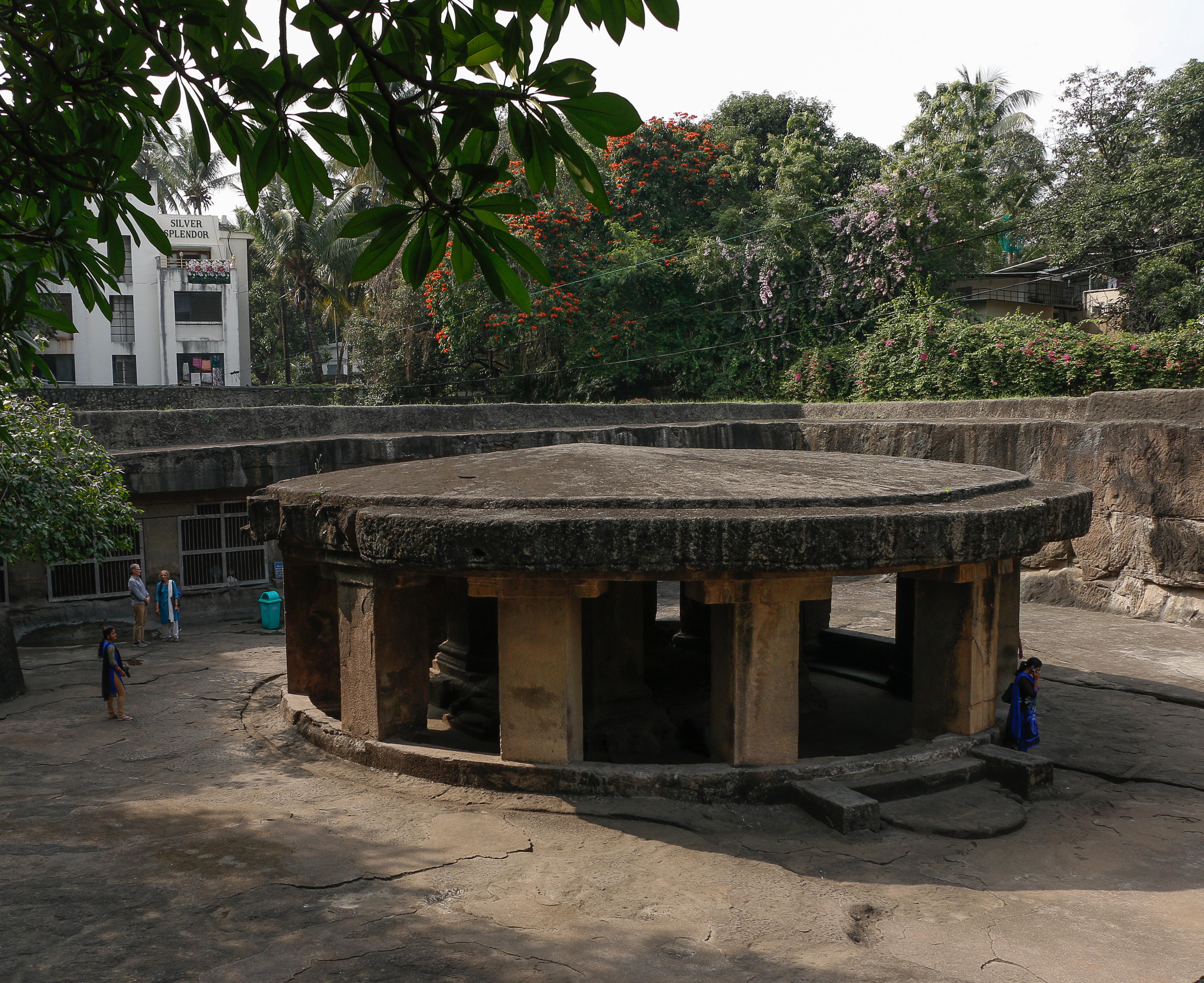 Pataleshwar (also known as Panchleshwar) literally means ‘God of the Nether Regions’, where ‘patal’ means underworld. It is a protected monument under the Archaeological Survey of India (ASI). Unlike other ASI monuments, this remains a living temple, where people are allowed to worship daily, with ghee, flowers, incense and sounding the large brass bell. Walking toward Pataleshwar temple, one crosses a large banyan tree and a serene garden pathway. One steps down, around a circular mandapa for Nandi, opposite an inner sanctum containing the Shiva linga. Incomplete carvings may refer to the hindu gods, Samba, Ambika, Vitoba, Rakhmai and Ganpati; and white marble sculptures of Ram, Sita and Laxman, from the Ramayana Epic. Hewn from black basalt rock beneath ground level, this Shiva temple may be from the 8th century, during the mediaeval Rashtrakuta dynasty. Within what was once the Bamburde forests, Pataleshwar may be the city’s oldest manmade monument. Rashtrakuta inscriptions on copper plates dated to 758 and 768 show that, by the 8th century, an agricultural settlement known as ‘Punnaka’ existed where Pune is today.

One cannot take in the carved temple, and surrounding red flowering trees, without also, viewing the white apartment building on its periphery, and the presence of the contemporary city. The view bends times together, the ancient rock with quick cement, cohabiting with time. Due to the necessary limitations in play at the site, artists will intervene with site-specific, ephemeral and time-based forms. 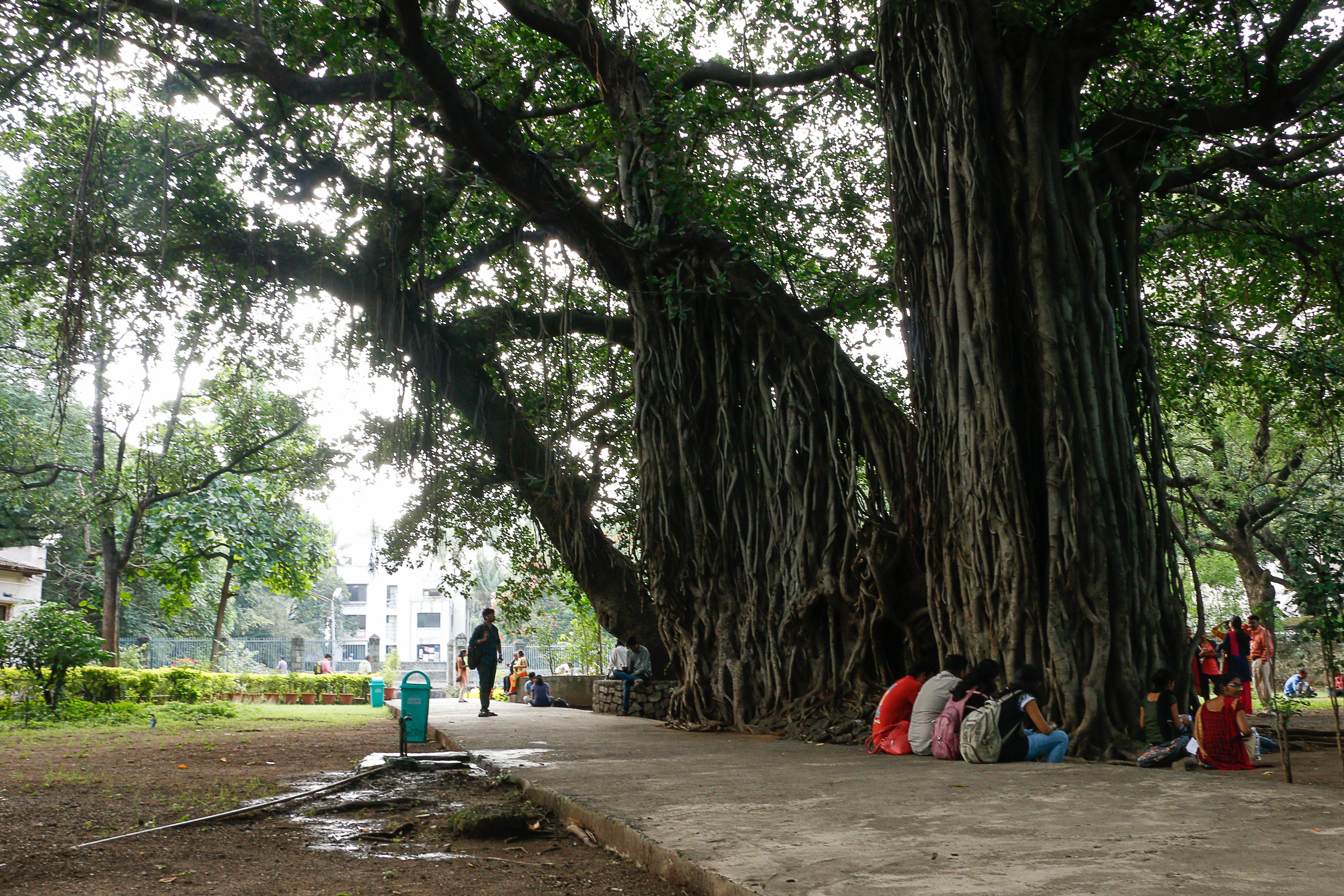